album : Ashes Of The Wake

Lamb Of God‘s third studio album Ashes Of The Wake happens to be one of those rare metal albums that change the way a band is looked at. Lamb Of God – a groove metal/hardcore outfit from Richmond, Virginia did manage to get the attention and the followers with loads of impactful tracks from their previous albums New American Gospel and As The Palaces Burn, but hardcore mixed with groove did not remain the same after the release of Ashes Of The Wake.

A lot of aspects are evident in this album which only add to the numerous reasons for sealing the album’s sound. Their previous offerings did have the metal they intended to play but the recording could not justify the same. Whether it was done consciously or not, a lot has been worked upon the sound here.

The moment the album begins you know what is in store. Every song has got that consistency the band is trying to to achieve. Not one song can be pulled aside as the flow and content speaks for itself. A superlative album in all respects leaving a benchmark in the groove/hardcore genre. At no point the album can be put down, full points for being such an indulging one.

Musically every song speaks something and I am unable to pick my favorites as I always play it from the start till the final numbing silence is reached. Play any track and you cannot spot a flaw, be it the intensely groovy Now You’ve Got Something To Die For or the title track carrying a strong political message. Currently I am tripping over Blood Of The Scribe though. 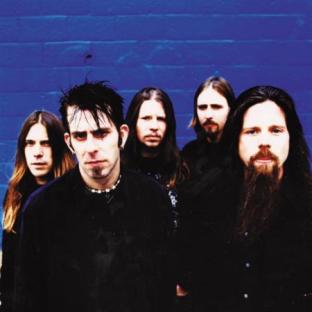 Lamb Of God has always had some exclusives that glorify the band’s likeability factor. Having Chris Adler on the throne has been such a contribution to the grooviness of their sound. Whether its Ashes Of The Wake or any other album I could never catch Adler‘s vigorous patterns. Willie Adler and Mark Morton murder you with their instruments, now and forever. Bass by John Campbell complements Adler‘s drumming. Randy Blythe is a mad vocalist and he commands respect for being just that. Mad.

Lamb Of God has succeeded in achieving perfection with this release, but the lamb has a long way to go before it grows into a sheep, and that should be reason enough for Lamb of God to beat their best.

Is a verbomaniac. And a human being. And that's where the problem begins. END_OF_DOCUMENT_TOKEN_TO_BE_REPLACED
This entry was posted on Saturday, April 24th, 2010 at 12:00 am and tagged with 2004 metal releases, ashes of the wake album review, chris adler, john campbell, lamb of god usa 2004, mark morton, randy blythe, willie adler and posted in Album / Ep / Demo / Teaser Reviews, Uncategorized. You can follow any responses to this entry through the RSS 2.0 feed.
« Looking To Nothing
album review : Wrath (2009) – Lamb of God »