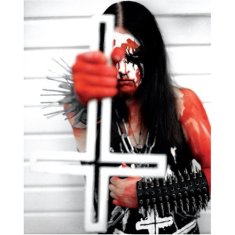 We have been there where we were told that black metal was first done by Black Sabbath. But then we were also told Black Sabbath is the reason behind every other genre that ever happened. I for once do not agree to this, without taking away the credit from Sabbath for their contribution to metal. What is called the first wave of black metal that included Venom, Hellhammer, Bathory, Celtic Frost, and a significant Brazilian band Sarcófago just put forth the ground work but then what followed made it clear that even the aforementioned bands weren’t what was to become of black metal. 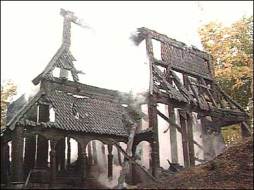 a church in Norway

A significant period in the history of a genre that righteously goes by the name black metal includes the early nineties. The place being Norway. Nothing ever remained the same. Now I saw myself getting dragged to the kind of songs being made under this genre mainly because of the complacency it gave me. But the truth remains that after being introduced to it, I went about the internet educating myself with the facts that lie behind the dark genre. After my exposure to the church burnings, and my research that led to my introduction of the real people behind the Norwegian era, the perception just became stronger. Here it was not some non-fictional stuff I had encountered, but something that was done, and went along with black metal. How much of it was done due to real hatred towards the cross or for the horned deity is a mystery but then no one would go take the risk of doing illegal activities at an age that could be too early to screw up things in life.

When I began writing this, there was no research required. Early nineties in India means no metal. To include something here I got reminded of only a few acts like Indus Creed, Parikrama, Dying Embrace, Bramha and maybe a few others that I do not want to even mention as they suck. So when the foundation of a genre was being laid in Norway there was just Parikrama jamming back home. Funny thought but ironically true! I will tell you some other time why exactly Pari-trauma should not be opening for Iron Maiden and now that they have done that twice how I want to sink the band and leave no trace. There was no metal in India for the longest time then talking about a major sub-genre would only add salt to injury. 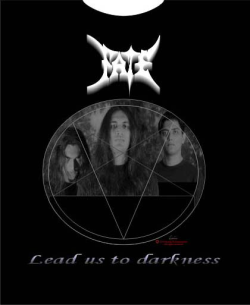 The earliest traces of black metal in India in some way can be related to Fate, Demonic Resurrection, Arcane Ritual – although they could be considered non-existent. But then they were away from the true definition of the genre. Whether it was conscious or not, they did lack the genre-related elements in their music even though they did claim to be black metal bands. Fate released an album in 2001 titled Lead Us To Darkness. With DR changing their style to play what they want to and not what they began playing, Fate and Arcane Ritual vanished without leaving behind just enough for other bands to carry the baton ahead. And then somewhere 1833 AD happened in 2004. And have been the longest running Indian black metal act I respect. I don’t have a choice but that does not take away 1833 AD‘s continuous prominent contribution.

There has not been any kind of impact, nor we have had any murders or controversies for the spark of this genre. Nothing significant enough to make heads turn in the direction. Sadly for our nation, even though there are hordes of followers of this genre, there aren’t any acts. There are none that can dominate in a discussion. Dark Crucifix from Kerala released Chapters of Damnation, a three song demo that was noticed. 1833 AD are still active and going strong with an album scheduled this year but then a single band for a vast genre, in a nation that has more humans than there is place is extremely poor.

There is also a band that goes by the name Mogh. I would not be surprised if you have not heard the name, but i would surprise you by stating that they have released four albums till now. And I have seen them cover Mayhem and Nargaroth at some mall in Pune. I was impressed. Now I do not hear of them, though I so want to. 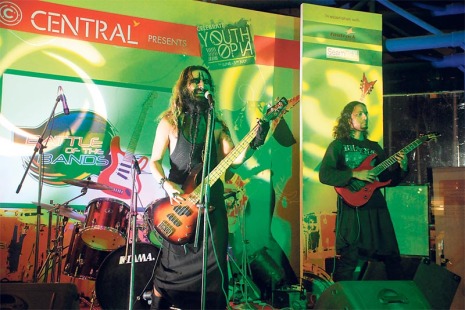 Another notable band that was formed out of Disembodied Corpse was Cosmic Infusion. Cosmic, although not active anymore were as close to the roots as was the need. Covering Mourning Palace and I am the black wizards they managed to capitalize on the lack of good covers. They had prettyimpressive originals and personally i was a fan of their live shows banging my head in the first row. Hope they bounce back and fill the gap. Of the new lot there is Spiked Crib who have been around for quite a few years and are constantly enhancing their presence.

Having mentioned the current state of affairs, India cannot be on the global map for their contribution to black metal unless there are bands that mean business. Maybe there are other black metal acts that haven’t been noticed but then that is where the respective bands are lacking. Hoping for a phase where we have a significant change in the Indian scene concerning this genre that is always considered underground but is a success nevertheless. Mauling down a religious establishment could be a good start, anyone?