Keep Of Kalessin have produced their most definitive album till date. Somehow I did not play their previous albums more than once, and that had drifted me away from their music. 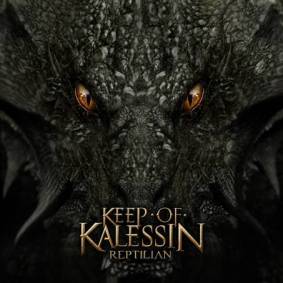 Reptilian has broadened the band’s musical grip with its tracks that change pace to keep the listener involved throughout the length. Keep Of Kalessin has added a lot of elegance to the way they play their metal with all the instruments bonding well amid growls and power vocals. A very speaker adapted sound, the production on the album is top notch. The band has traced an extreme black metal journey from the start and this extra touch to their sound has only helped me take them more seriously now. Obsidian Claw singlehandedly takes up the guitar duties for the band and is vastly responsible for the band standing out amongst piles of talented metal bands hailing from the black metal mecca.

The album has eight tracks. I could not find a single track that gave me a reason to skip it when the 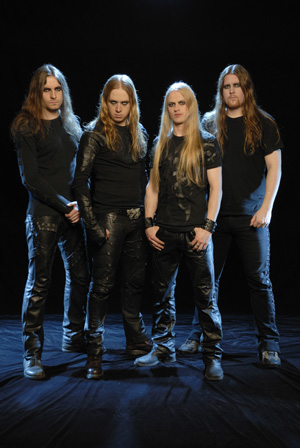 album was being played the second time. The tracks have an average length of around six minutes. Although long if seen from an album’s perspective, Keep Of Kalessin narrate the tracks keeping in mind that the listener has the power of switching over to something else.

You do not necessarily need to have a taste in this particular genre to hear Reptilian as it would appeal to fans of just metal. Reptilian is well going to be the reason for my re-visit to Keep Of Kalessin‘s previous albums all over again, and I am going to begin from their Through Times Of War days. They have traversed a rich journey.

With After and Belus giving a marvellous start to 2010, Reptilian did not let down. And considering we are in the middle of it all, I can only see metal marching forward.

Is a verbomaniac. And a human being. And that's where the problem begins. END_OF_DOCUMENT_TOKEN_TO_BE_REPLACED
This entry was posted on Wednesday, June 9th, 2010 at 12:00 am and tagged with 2010 metal releases, keep of kalessin norway 2010, melodic black/death metal, obsidian claw, reptilian album review, thebon, vyl, wizziac and posted in Album / Ep / Demo / Teaser Reviews, Uncategorized. You can follow any responses to this entry through the RSS 2.0 feed.
« movie review : Raajneeti (2010)
Random (re)Discovery #3 – Ghost Brigade »