Enthroned has been in terrific form right from their debut in 1993. No, I do not hint that they aren’t right now but I sense an unpleasantness after what I hear off their new album Pentagrammaton. Following up successful releases, playing gigs and being heard in the extreme metal business is more like facing a stiff competition. Pentagrammaton was released in the month of March and it is part of an year where the genre of black metal is in a state of domination. And in all this trying to be anything other than what they are know for can cost them their fans.

Pentagrammaton sure is black metal but when I play an Enthroned record I have something in mind that was gifted to me by the band itself. There are eleven tracks and not all of them are able to seduce me. With a two-minute intro In Missi Solemnibvs that is sans music we are onto the album. First track The Vitalized Shell is a weak attempt at being apocalyptic. Very ordinary.

Rion Riorrim comes as a relief as it has the band attempting to sound new and they succeed. But then the next disappointing track is not far behind. And there are a couple of them – Ornament of Grace, Pentagrammaton, The Essential Chaos and Unconscious Minds. All four tracks are directionless and its hard to figure out what is going on.

Nehas’t, Magnvs Princeps Leopardi and Behemiron keep me indulged and being short is what helps this happen. Ad Te Clamamvs Exsvles Morvua Liberi is as stupid as the name. Here the band is seen tuning their guitars with some noise in the background. Worst one and a half minutes on the album. The album has riffing, loads of blast beats but there are many aspects that are missing. 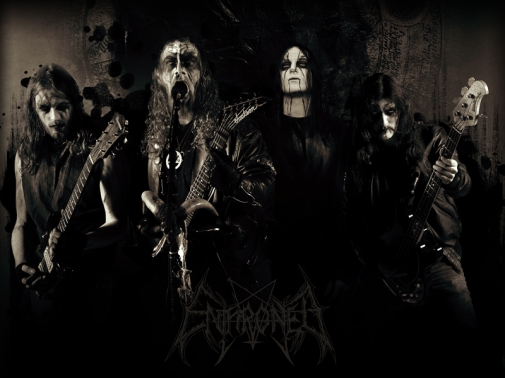 The only good thing that remains constant on all their releases is the band’s logo while the other part which is the music is out of place on this album. Pentagrammaton is not Enthroned‘s evolution but I’d prefer to call it getting carried away. Move on.

Is a verbomaniac. And a human being. And that's where the problem begins. END_OF_DOCUMENT_TOKEN_TO_BE_REPLACED
This entry was posted on Wednesday, November 3rd, 2010 at 12:00 am and tagged with 2010 metal releases and reviews, below expectations, black metal, enthroned belgium 2010, pentagrammaton 2010 album review and posted in Album / Ep / Demo / Teaser Reviews, Uncategorized. You can follow any responses to this entry through the RSS 2.0 feed.
« album review : Necrocosmos (2010) by Nahemoth
album review : Marrow of the Spirit (2010) – Agalloch »