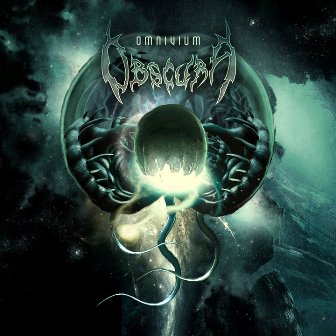 Battling every melo-death release this year to make it to the top are German metallers Obscura. The undying spirit to leave behind technically melodic bands can be seen on their third full-length Omnivium.

Obscura is a strong band as Retribution and Cosmogenesis are their babies and the songs on those clearly showed how stable they were with the genre they intended to record. Multiplying their interest a little more on Omnivium we are showered with nine severely progressive tracks that hugs the technical aspects and lays down a red carpet for melody. The clean parts steal away the attention in between songs but not that we cannot like them because it is all leading somewhere. The growls are more mature allowing the guitarists to belt out solos in a bid to provide wholesome entertainment for their fans.

Placing brutality, progressiveness on one side and melody, technicality on another, the weighing machine seems to have been well balanced with the load falling a bit on the latter side. They have taken everything to more complex levels. Ample amount of space is given to each instrument on Omnivium letting the drummer to drive you insane, and the bass to hit you in the face. 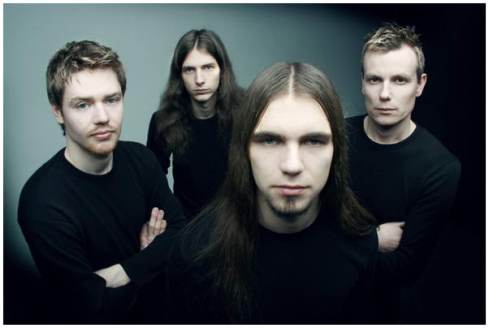 After being exposed to a lot of melodic death metal albums this year, Omnivium is my recommendation as one of the best albums this genre has produced for 2011. Omnivium isn’t a dry album by any means, your heart will thank you for playing this one. Try it!

Is a verbomaniac. And a human being. And that's where the problem begins. END_OF_DOCUMENT_TOKEN_TO_BE_REPLACED
This entry was posted on Sunday, March 13th, 2011 at 12:20 pm and tagged with 2011 metal releases and reviews, best of 2011, obscura germany 2011, omnivium album review, progressive/technical death metal and posted in Album / Ep / Demo / Teaser Reviews, Uncategorized. You can follow any responses to this entry through the RSS 2.0 feed.
« album review : Relentless Reckless Forever (2011) – Children of Bodom
album review : Blunt Force Trauma (2011) – Cavalera Conspiracy »