Breaking all the laws jotted down by Newton, Polish technical death metal scientists Decapitated are here to explain what they are capable of achieving as a collective unit. They make it clear as to what it means for a fan to await a release, thereby deploying all their forces on this fifth full-length release. Titling it Carnival is Forever, the band throws bricks at you with each of the tracks sounding like a new Decapitated is out there to take over the entire death metal scene.

I wouldn’t be wrong if I say Decapitated is feeling more free than a bird on Carnival is Forever as the album’s inception, execution and hence the final product have all aligned themselves properly. If they were toying around with the idea of crafting a smooth flowing metal album with all their previous releases, believe me when I say that they have reserved their seats besides perfection this time.

I have been lusting for such creamy brutal music with super clean production for months now and these forty three minutes on Carnival is Forever are superlative with guitars that pump up your blood flow, drums that gag you with their speed and vocals that expand the horizon of the album. Every track has this obvious identity, forcing all of us to know the riffs and flow of the tracks by heart. It’s one of those albums which leaves an impression even when it is heard on lower volume levels. 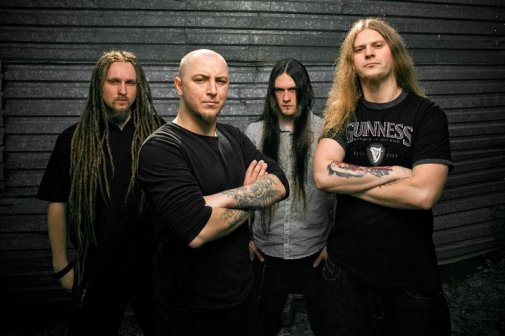 So, now that Newton’s three laws of motion do not stand valid in front of Decapitated there are three new set of laws that are going to take precedence after the release of Carnival is Forever.

First law : Any sane or insane body cannot remain constant when it is acted upon by the force that is Decapitated.

Second law: The net force F (of Decapitated‘s tracks) is directly proportional to the acceleration a of any metalhead and the number of times s/he raises those horns i.e., F = \m/a.

Third law: The mutual forces of action and reaction between the listener and Decapitated are equal, opposite and collinear, to say the least.

Is a verbomaniac. And a human being. And that's where the problem begins. END_OF_DOCUMENT_TOKEN_TO_BE_REPLACED
This entry was posted on Saturday, July 9th, 2011 at 9:01 am and tagged with 2011 metal album releases and reviews, carnival is forever review, decapitated poland, polish death metal scene, technical death metal and posted in Album / Ep / Demo / Teaser Reviews, Uncategorized. You can follow any responses to this entry through the RSS 2.0 feed.
« album review : A Rose for the Apocalypse (2011) – Draconian
Absurd History logo »