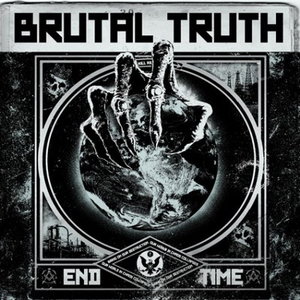 Habituated to providing quality grindcore, Brutal Truth has rarely been seen stammering on any of their albums. Death metal to American scene is what black metal is to the Norwegian, and Brutal Truth has always made their opinions count in shaping the genre itself. Been there, done that? Yes, they surely have been there and have done that for they have set a benchmark through their releases by hitting groove, aiming brutality and have been known for their ‘short’ style of songwriting. Hell, they even hold a record for the world’s shortest music video.

While they have gone as far as having twenty two songs on one of their earlier albums (Sounds of the Animal Kingdom), this time they have decided to surpass their own record as End Time stocks twenty three of them.  The band is furious on these short pieces of grindcore tales and if there was something undone on their earlier works then they have filled End Time with that as well. An over fifteen minutes song named Control Room puts a full stop to the album and to those who think Brutal Truth are only cut out to short concise tracks. 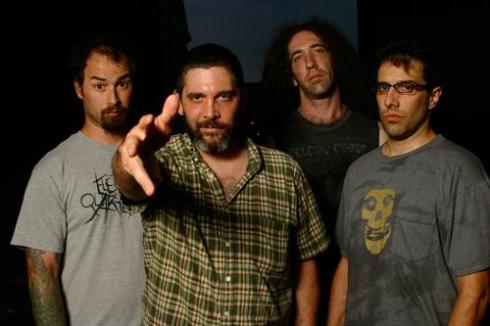 The founding bassist of Anthrax, who is also the founding member of Brutal Truth – Dan Lilker hits your head hard with his bass. The nasty guitaring by Erik Burke balances the awry original drumming by Richard Hoak, and Kevin Sharp‘s vocals are hip by death metal standards.

There are no rules when Brutal Truth makes music, because they make their own rules along the way and they keep breaking them.