Bangalore Open Air 2013 : Introduction, announcements and a chat with the organizers

In a bid to broaden India’s metal horizons, Infinite Dreams founder Salman Syed and his team have taken up the arduous task of doing what seemed like a distant dream just a few years ago.

Such is the trappings of our mundane life that escaping the daily routine and hating the unreasonable comes easy. After a long bout of gigs, festivals and metal parties across the United Kingdom in 2012, the last thing I wanted was to not have a festival back home. That culture is zealously and emphatically addictive. All the celebrations and mammoth gatherings of like-minded, carefree, metal-loving population across the globe is something that is looked forward to. All year round.

For starters let’s not forget we did not even have local gigs happening in India. There was no such thing called live metal gig for us. Just over a decade ago, the sonic boom that causes your ears to bleed was a craving. I remember being present at gigs where the total attendance was not more than 30 people including the playing bands. Shame. Today, after Iron Maiden ventured into our territory in 2007, the penetration of international acts is seen as an overdose by many. The question remains unanswered and the answer lies within. Not hard to figure out, as the answer goes something like – Pack your bags and attend.

2012 was a game changer. Heavy metal aficionado and manager of Bangalore-based band Kryptos, Salman Syed decided to break the barrels and open the gates for all of us to be able to experience something massive. Brought to life by Infinite Dreams, in association with Wacken Open Air (Germany), Bangalore Open Air aided us maniacs to bring out our black accoutrements and witness real bands that have made their way to the top through sweat and only that.

When quizzed about why exactly did he take this initiative, a very tied up Salman replies, “Having inspired by Wacken Open Air I wanted to create something along the same lines in India, and hence the idea was born and BOA is here“. In terms of the challenges faced in putting together a line-up like this one the man takes a very nonchalant approach. “After the first edition bands were excited to see the response and wanted to play at BOA so it wasn’t difficult to get them on board“.

The onus of handling the media section of BOA is on Bangalore-based Samarpita Samaddar. A short tête-à-tête with her provided me an insight into what is going through the minds of the organizers. And this is what Samarpita had to say, “We started BOA festival last year with just two international bands Suidakra and Kreator. It received a big response and was really successful. This year, it’s bigger and better with an unbelievable line-up“.

Going further, I wanted to know how exactly did the mainstream media welcome this concept of hosting such a humongous metal festival in India. “Though for mainstream media, heavy metal is a very niche genre so it is challenging but I have to say that we have got a very good response from the media as of now. A festival of this stature is never an easy game, it takes a lot for organizing it well, to make sure everything goes smoothly. The metal scene in India is changing widely across the country. With platforms like Wacken Metal Battle, India is seeing a steady growth in popularity and with festivals like BOA, we can see a mix of international and Indian bands playing more and more in India“, says Samarpita, who is also an independent publicist. 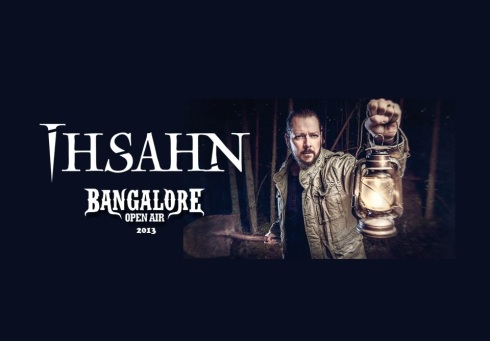 One year old and still going strong (which is surprising for a festival in India that has only metal on the menu), BOA has managed to rope in some of the biggest names for the 2013 edition. Surprisingly there is variety which directly implies the turnout should be gigantic. In no particular order here’s what our retinas and eardrums would be subjected to this year:

And, what kind of reception is expected this year, to which Salman signs off by saying, “I hope more and more people understand the importance of festivals, and I’m confident that this year it will be bigger and better at BOA“.

Do not let go of this unadulterated metal fest. Show your support because otherwise you would not have anywhere or anyone to run to for any kinda grievances and all your complaints would fall on deaf ears. Life waits for no one. Let your hair down and be a part of Bangalore Open Air.

Oh, and there is a poll as well:

One response to “Bangalore Open Air 2013 : Introduction, announcements and a chat with the organizers”