Independence Rock XXV or iRock XXV or whatever it is. Tall claims and even longer wait has resulted in this : The same bands that we have been watching for years, have been performing every now and then are playing at the twenty fifth anniversary of the freedom concert. No, the bands on the list should play but what about the rest of the stuff. Nationwide eliminations, national finale, international finale, and international bands. There are so many more Indian bands that need exposure and have released above expectations albums this very year and all we see on the lineup are the musicians who would anyways be playing somewhere a week before or after this concert.

A website somewhere described this event as the largest Indian band talent hunt and so there is a tag attached to it. It does not require me to highlight the fact that this time iRock is happening just because it has to happen every year. Silver jubilee is supposed to mark the beginning for a better tomorrow, not go back and make things worse than the first year. Had the organizers postponed the event to 2011 with adequate reasons it could still be called iRock XXV, no?

I speak up not just as a blogger but as someone who has supported the scene whether it is buying the cds, merchandise or attending an event even if the only people around me were the organizers. This for me is a disappointment and anything from the iRock stable in the future would have a lower priority. After all this is not a family function that you are inviting your friends to play on the stage. This is fuckin’ Indian rock and if not for the fans then iRock would not have been here today. Making the event free is not going to help the cause, poseurs. And I expect the attendees to tell ‘them’ that we do listen to stuff beyond Creed. 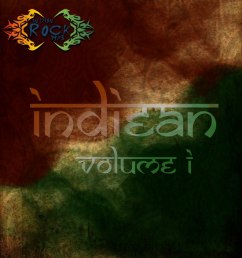 All those of you who wanted to support Indian music scene but could not for some reason, here is your chance to do so. Friend and IndianRockMp3 owner Santhosh Lobo along with his crew has come up with an initiative to release an online compilation album gathering together tracks by some of the best metal/rock/alterative acts India has produced, and all this to celebrate the second anniversary of IRMP3. With the most original name I have heard in a long time the compilation is named Indiean – Volume 1.

Now we all know what the website IndianRockMp3 has been doing for the scene, so this is payback time. There is no buying involved here and that should be enough to get most of you going. The compilation was scheduled to release today but due to heavy demand and the compilation being given out for free as stated before the release was pre-poned by a couple of hours. So all you need to do is to go download it and spread the word regarding the same. Click here to get to the download page. Get going.

The tracklist as given below also doubles up as a poll and there should not be any trouble figuring out that its the trackname followed by bandname. Vote for the tracks that would be your reason to download this compilation. Multiple choice as always.

Continue Hitting On Me

5000 hits and continuing, for someone who started

this blog to write one gig review, it means a hell lot. All along, I got closer to some friends who are directly or indirectly one of the factors I am able to write this today. One person I cannot thank enough is Santhosh Lobo from IndianRockMp3 who pushed my writing to an extent that I ended up reviewing a blues album also, Aditya Mehta who runs this successful blog MehtaKyaKehta for that feeling of – satisfaction through writing, Meenu Dahal for being special, Saurabh for providing me his laptop at times when I got desperate to post something.

Of all the stuff I posted till now, I am ecstatic about the fact that my review of Belus remains unbeaten. It is completely heartfelt, and one post I am proud of.

Statistics till now show that this place got maximum traffic on 14th of February. Does hitting have anything to do with this day?

Before you get busy with whatever you intend to do after reading this,  take this poll. You need to apply your brain only in one direction for this one.

Starting today I’ll have this new topic named Russian Sojourn wherein I will feature certain pictures clicked by a friend, Gaurav Singh who is currently in Kaliningrad, Russia for some company related work. The first name of the company rhymes with Arson. Ya, I know that is not important.

What better way to start off anything than alcohol. Below is a vodka bottle of a local Russian brand. Enticing, ain’t it? 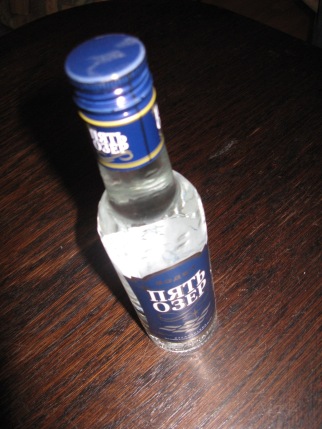 The pictures to be featured do not in any way prove that Mr. Gaurav is a good photographer. It sure does tell us how dependable Canon Powershot A720 IS is.
Amen!

I couldn’t start this post with alcohol, but I sure can end with it. Take this poll where you have all things alcoholic.

After the poll, visit the other three here :

This question is something that keeps playing in my head of late along with the track learning to breathe by Switchfoot. Lets skip the latter for now. Let me know what you think.