album : A Vow of Vengeance

artist : Cult of the Fox 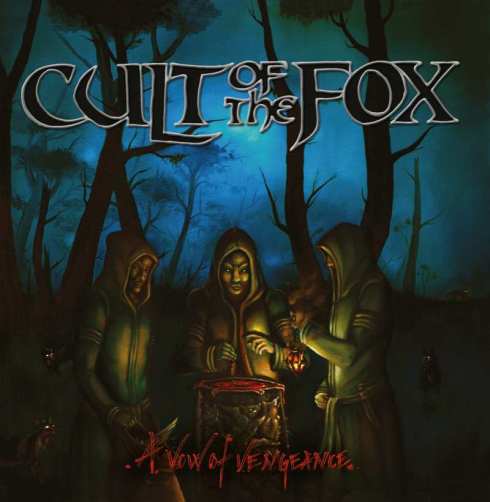 Oh, look what we have here! The purest form of metal being offered sans any kind of filth. Avoiding complications in their music, Swedish group Cult of the Fox have released the first chapter of their musical career after being around for almost eleven years. It goes by the name A Vow of Vengeance – a very promising mixture of nine of the finest songs they might have written.

While the band is trying to get hold of an assortment of heavy metal ideas together, they drop less along the way and they are also not forcing anything. Neither on the listener nor on themselves. The female guitarist Erika Wallberg squeezes out as much as she can from her instrument, and Magnus Hultman sings on the microphone like he was born with one. Thunderous bass lines by Peter Svensson force drummer Daniel Fritze to live up to the expectations. Second guitarist Per Persson adds the much needed flavor thereby completing the metal organization named Cult of the Fox.

All the tracks on A Vow of Vengeance are my favorites, but Spirit of the Hunter confirms the bond we listeners are building with the band. It could be partially because of the term ‘spirit’ being a part of the song’s name, but seriously, after you are done jerking off over this review go hear the song. A huge portion of my job will be complete after you’ve played Spirit of the Hunter.

The album A Vow of Vengeance might not take you by storm but if you hear it closely without anyone trying to chew your brain you’ll realize the polished heaviness in their music. You might want to play the record at least a few times before passing any comment. For me they appear learned and they are here to brighten our lives. I just hope they return with a follow-up release pretty soon.