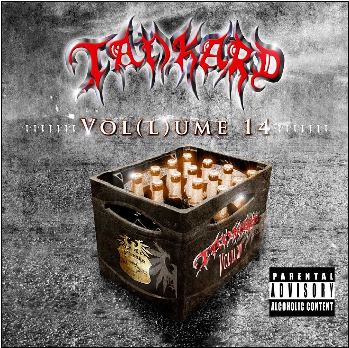 If there is one band that I get reminded of when I hear the word ‘alcohol’ is Tankard. The word itself means a huge drinking vessel, and the band has left no stone unturned in promoting alcohol. So much so that they are even referred to as pioneers of Alcoholic Metal. And there isn’t any other metal band getting closer because Tankard does it the most and they do it right.

German thrash bands have played quite a role in teaching rest of the world about this genre. Consistently showcasing what is right and what is wrong in thrash got them an extraordinary following. Cutting right through these major bands was a four-piece Tankard who have managed to be high (pun unintended) up there. And for once they aren’t talking about drinking, as I hear their fourteenth album Vol(l)ume 14. 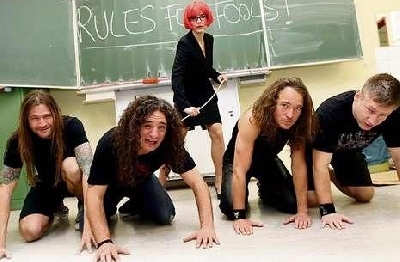 Magnifying the quality of thrash are the ten tracks that Vol(l)ume 14 stocks. Call it oiling their skills or lack of similar skills in several other bands, Tankard treats you to some needed material. If Rules For Fools and The Agency settle for groove, then Somewhere In Nowhere and Beck’s In The City bank on the speed factor. Demystifying intensity by giving it to you straight are the tracks Weekend Warriors and Time Warp, while Fat Snatchers (The Hippo Effect) and Condemnation purely pay tribute to thrash.

These predictable thrashers have packed a punch on Vol(l)ume 14 and made sure the ball is in their court.