One of the biggest names in heavy metal, over 25 years of experience in ruling the metal business and with ten full-length albums to their name – Iced Earth from United States was welcomed by a meager crowd with visibly less enthusiasts than one would hope to see at their concert. But that is neither the fault of the organizers, nor the band’s. 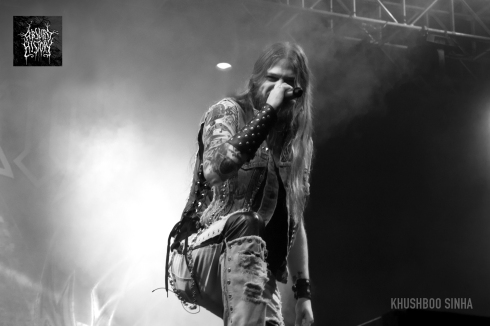 As the headlining act at Bangalore Open Air’s 2013 edition, Iced Earth fit the bill perfectly considering their legacy and their ardor on stage. Iced Earth have composed songs for your party, and for your happiest moments, at the same time they have tracks about grimness, they make a human connection with their lyrics, also belt out music about their personal experiences. They have it all. 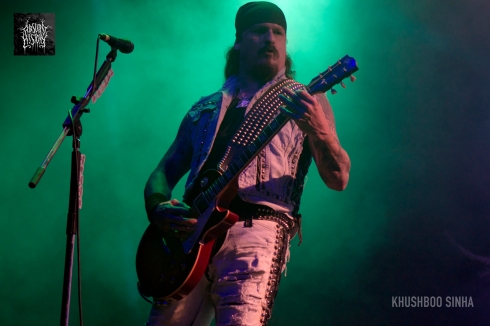 With the preparations on Ronnie James Dio stage in order, the professionalism shown by the organizers and the arrangements on the performing platform in place, Iced Earth clasped the opportunity to do what they do best – Play heavy fucking metal. John Schaffer and co. unshackled years of their love for music by performing for an audience that is over 8000 miles away from where they hail from.

Expecting chaos in the pit (which I am not fond of) during a performance people would die to be a part of I could see enough space for a pregnant lady or a potbellied fat fuck to walk around freely. 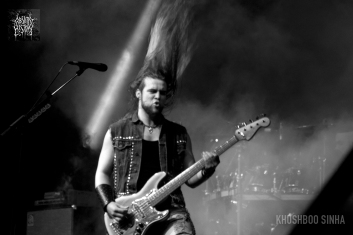 Anyways, I focused on the instruments, the vocals and the sound and everything culminated into a favorable situation with even the weather not playing a spoilsport. The set-list included a mix of old classics like I Died For You and Iced Earth, as well as their newer material Dystopia and Anthem. Quite a band that names their track Anthem. Moving on, Stu Block blew the roof with his high pitch and if there was anyone who could replace Matt Barlow it is Stu. What a singer! 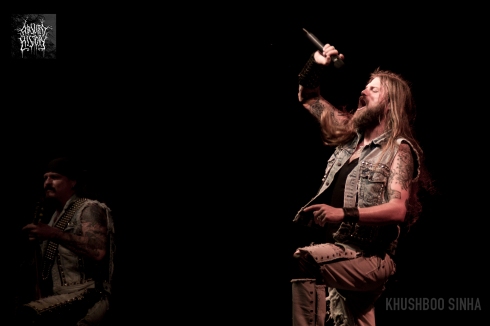 But without Troy Steele and John Schaffer (on guitars), Luke Appleton (on bass) and Raphael Saini (on drums) we couldn’t have imagined such a spectacular display of metal unison. Well, I can go on and on about how unfortunate the band was for being able to spot the last person in the crowd, but then for us fans it was nothing less than a success. The gig and the festival. Beer, heavy metal and a true fan need no company. So, I shall just say thank you, Iced Earth. Just keep going…